By The Houses Directory Team 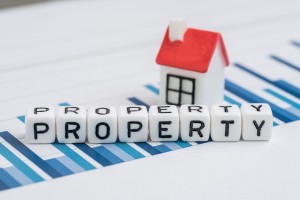 The most anticipated Brexit finally happened on 31 January 2020, where Great Britain parted ways from the European Union – becoming the sole lawmaker of the sovereign country. Now that the UK is Supreme on its own, there have been many changes; while it will take some time to implement the changes, the real estate market has already started showing its colors post-Brexit.

Let's have a look at the Post Brexit Real Estate in the UK.

As per the nationwide house price index, average house price growth in the months leading to the Brexit referendum was around 5 percent. However, the latest data from the bank and mortgage lender shows that home values are in the UK. They have now fallen below 1% for ten months in a row and only increased by 0.2% in September, in comparison to the same period last year.

Trades also followed a similar path, despite fewer homes being sold in the UK, as per a survey by the real estate agency Savills, in the first six months of this year than at any period in the last decade.

The market's long-term future is more difficult to anticipate, as it will vary depending on the terms of a deal with the EU and the Uk economy's long-term results. The ripple effects on real-estate inventory would put even more pressure on prices, with rental prices likely to rise dramatically. The pressure to sell will arise, prompting a reversal of asset valuations.

Despite the Brexit, many investors are active in the UK. Read below to find some:

Although some US investors are approaching the UK property market, the ones that already remain are leaving London for other towns and cities. Between the beginning of the year and mid-August, overall real-estate spending by Americans in the UK hit a meager USD 3.1 billion. It is a much lower rate than in 2015, a year before the Brexit referendum, as there was a transaction of USD 16 billion.

Asian investors are happily buying London's luxury properties, such as Plumtree Court, the ten-story building in London that will become the European headquarters of Goldman Sachs. The Korean National Pension Service (NPS) bought this building for GBP 1.17 billion as part of a selling and lease-back deal. The schedule for the arrangement sets out its completion in January.

American investors are ready to take chances on the real estate market, although we can see that the Asian investors are more inclined towards playing safe. The point is simple: In their top-tiered major markets, Asian buyers can still find properties whose GIYs transact way beyond those of similar buildings. Among American buyers, this is not the case, with British land capitalization rates are far behind those in the US. Correspondingly, when investing in the UK, they may incur extra risks to achieve a reasonable total return (at least for them).

Even though it may look like the real estate market in the UK is hitting off, only time will tell what is in UK’s destiny. If you still wish to buy a property in the UK, you can visit House Directory to look for properties online no matter where you are in the world.